You were the one thing in my way.
The rock that I often wrestled with.
Needless to say.
Your actions were like an Agiel, causing me pain... You definitely one of lord Rahl's mord-siths.
I seat... listening to music, but thoughts of you sway me off beat.
Not like i brim wit conceit, buh i wouldn't be feeling the way i do but for your deceit.
So right now, it's time to set it all alight.
So from the fumes, a new me might arise.
A Phoenix of sorts, so i could feel liberated from your infringement of torts.
Basically, its to escape the taunts. 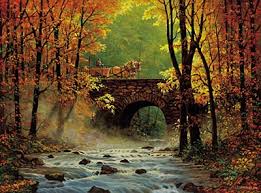 Ironically you cared.
But i ain't tryna cross this bridge we share no more.
Spill gasoline on it, i ain't taking things slow no more.
Brew some lean up, and let my emotions come to a gridlock.
Then burp that purp, thankfully its all come to a stop.
So as these bridges go up in smoke, and i choke from its inhalation.
I'm filled with ecstasy that i ain't never going back to where i never shoulda been in the first place.
While i mess with the ash so it leaves no trace.
Then exiting the premisies at full pace.
Author Sleeq at 06:52
Email ThisBlogThis!Share to TwitterShare to FacebookShare to Pinterest