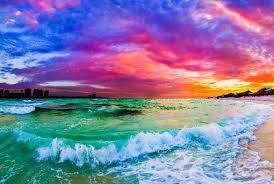 Obediently, she fetched the long, cool green phallus and stood dutifully before her master. 'Lie on the floor and push it right up your cunt,' he commanded. His words were alien to her. This was the other side of the man she loved.

Did she really want to discover what lurked in the dark depths of his male mind? Everyone has a darker side, she mused as she stretched her naked body full length on the carpet. A good side and a dark, evil side, she remembered reading somewhere.

Her hands trembling, she began to wonder whether her little game was such a good idea after all. 'Push the cucumber right up your lovely wet cunt.' Opening her legs wide in response to her boyfriend's cold, unfamiliar words, Ngozi presented the rounded end of the phallus to her gaping crack, wondering what it would feel like as she gently twisted and pushed the green shaft into her tightening pussy.

As the fruit opened her, stretched the soft walls of her secret garden to press against her cervix, she shuddered. Wondering what Bashir was thinking as he watched her wicked act, she allowed her hands to fall by her sides once she'd fully inserted the fruit, parting her legs further to display her stretched pussy lips, the long green shaft emerging from her bloated sex valley.

She'd masturbated before on the odd occasion but it was wrong, or so she'd been led to believe by Adenike's mother. Beautiful, but wrong. The overwhelming sensations and immense relief the act had brought her when she was younger had been incredible, but she'd never been able to free herself of the racking guilt.

But now? Either she complied with his demand and massaged her clitoris to orgasm, or she blew the game - spoiled the chance of any future fun. 'Go on - if you're really under hypnosis you'll frig yourself off,' he laughed as she drifted in her quandary.

Strangely, there was no feeling of humiliation, no degradation. To her surprise, her vaginal muscles responded immediately to her intimate caress. Tightening, crushing the solid phallus, her pussy spasmed, contracted, as her clitoris swelled. Emitting involuntary gasps of pleasure, she realized that her climax was quickly approaching as she massaged her cumbud faster.

fuck it. She's really getting into it. This was not what she expected when she decided to fake an act, but this is well worth it! The cucumber filled her cunt full and her muscles held on to the thick shaft. She looked into bashirs eyes and what she saw in there shocked her.

Deep dark desire. His hands went to his fly and he started rubbing his straining cock hard. She could see the outline of it and his arousal is making her touch herself harder. She pushed the phallus deeper into herself, her pussy lips straining.

He pulled out his cock and started frigging it.'I'll spunk over your lovely tits after you've come,' he laughed wickedly. Although his words heightened her arousal, they worried her.Normally soft, gentle, loving in his sexual coaxing, this coarse language was so uncharacteristic.

This was so unlike him.
Author Sleeq at 15:43
Email ThisBlogThis!Share to TwitterShare to FacebookShare to Pinterest
Labels: FULL STORY, The wet episodes