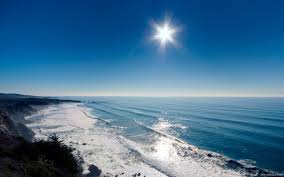 Honestly, I dont believe the crap Ngozi is feeding me right now. SE-FUCKING-REOUSLY? Hypnotism is a hoax. It's a way to scam people and in as much as I dissuaded her, she won't listen. Ngozi is a very stubborn woman and always want to behave willfully.

The two weeks she spent away from me was agonizing, but what hurt worse is the money she spent to take that fake hypnotic course. Of course, I paid for it. That bloody money sucked half of my savings! I've spent alot on the wedding already, and im having issues at work.

The company is barely afloat and we have begun to hear rumors about them wanting to let go of some staff. I've been thinking about an alternate source of income for the both of us, and although, I havent told her yet, I'm seriously broke.

But what can I do? When I saw how much she wanted to really go for the retarted course, I had to pay for it. I know she's almost rich because of her step father's input, but I cant collect from her. I'm the man, and I should take care of my responsibility.

I've tried countless times to get her to make up with her mom and step father, but to no avail. Now that im almost losing my job, I'm very desperate. Her parents are richer than croesus and can help my career float properly with their connections. I just wish she wasn't to stubborn to see that.

I mean, how will we survive after marriage. That's my only concern now! Not some crappy hypnotic course. I've sent out some fillers ffor jobs but nothing seems promising as of now. Fuck it. I gaze into her eyes and decided to try her trigger word out. I believe she's lying though!
Author Sleeq at 04:47
Email ThisBlogThis!Share to TwitterShare to FacebookShare to Pinterest
Labels: FULL STORY, The wet episodes