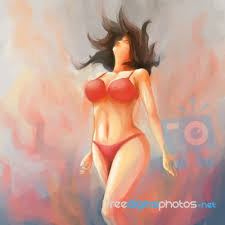 She was sucking cock and getting her ass fondled. What more could a woman want?  Nuel wiggled a bit farther under me, and shoved his prick between my wide-spread pussy lips. He was going to fuck me while Im sucking off Stephen!

"Hmmmmpppphhhhh!" I tried to protest. My entire body shook, as the boy shoved himself all the way into my cunt. Fuck. The insane pressure made me choke on Stephens dick. I felt him tear through my half-hymen.. And felt a slight pain..
All he cared about was his own insane lust. He wanted to get his rocks off, and it didn't matter to him if I felt any pain or not. Or maybe it did..."Fuck, my cock is blood rimmed..."

"You in good, nuel?" asked stephen. "I'm gonna pick up the tempo. My balls feel like they're gonna pop any second now." He was as good as his word. Forceful thrusts sent his cock in and out of my sucking lips.

Heavy hands pressed the small of my back. I bent forward in response and found that nuels cock danced delightedly in the tight confines of my juicy cunt. He had only to lift his hips slightly to ram deeply into my pussy. The angle of entry was excitingly different for me. I'd never felt shit this good before.. Stephen pulled out of my lips with a pop and I screamed out at the hard fucking I'm getting.. This is Delicious...

I hated myself for responding so powerfully, but I had to. My body demanded it. He drove in and out of my clutching cunt with all the power locked in his body. I could feel the masculine power seething in his prick and balls. He rammed and drove and then ground his crotch into mine.

He suddenly flipped our positions and stephen did the craziest thing. He began to lick my cunt and nuels dick! At exactly the point where we were joined.. He bit my clit..
I shuddered as the sexual tensions got too much for me. I came.  And as I came, she gasped as Stephen ate us up harder..

His thrusting, fucking, dancing prick in my cunt demanded more of my attention now. I shrieked as I came again.  I felt strong hands gripping my waist, lifting me and guiding me in the motion nuel wanted most from me.
I obliged. The sensation of his cock stirring so strongly in my pussy is thrilling .. I screamed for him to fuck me harder and pound me like the bitch I am..

He responded to my crude words and he fucked and thrust harder! And now, i loved it. It was a kinky feeling. He fucked deeper into me.. What more could any woman want?

The sudden start of the stephen slapping my clit brought me off unexpectedly. I came harder than i ever had before. He shoved into me and i felt his prick actually bending inside me.

I moaned as it slid a little bit from my cunt, but the intense pressure of his cock against my sensitive cunt walls brought me off again. This time, I fell almost unconscious.. I can't cope with all the insane feeling. I came to and felt nuels cock go even deeper into my softly yielding cunt. Just as another orgasm was mounting inside her, the boys prick exploded furiously.

I felt the hot rush of his come and this triggered my own climax. Together we shook and shoved and fucked... While screaming like a mad woman.. When he sat up, I tumbled forward onto her face. His prick went flaccid in my tight, clinging pussy and I found no support at all. Face down on the floor, his come dribbling from between her raped pussy lips, I realized what they had done to me.

I looked up tiredly into their eyes and they smiled.. While stroking their cocks once again.
Author Sleeq at 05:45
Email ThisBlogThis!Share to TwitterShare to FacebookShare to Pinterest